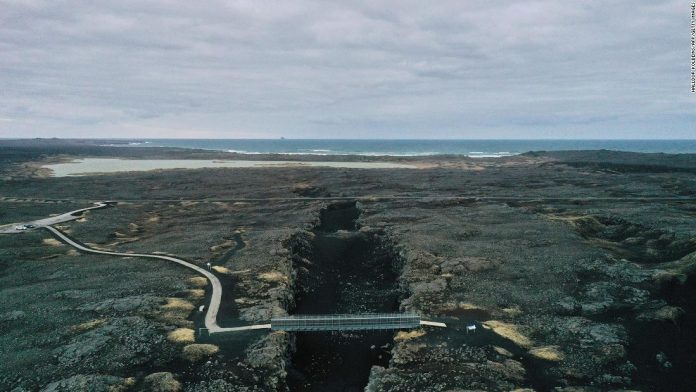 The largest quake, a magnitude 5.6 on the Richter scale, occurred on the morning of February 24. It was the loudest in a swarm that continues to rattle residents in the nearby capital city of Reykjavík and the municipalities around it, where two-thirds of the Icelandic population lives. Two larger earthquakes — over magnitude 5.0 — also hit on February 27 and March 1.

The quakes have caused little damage so far, though Iceland’s Road and Coastal Administration has reported small cracks in roads in the area and rockfalls on steep slopes near the epicenter of the swarm.

“I have experienced earthquakes before but never so many in a row,” Reykjavik resident Auður Alfa Ólafsdóttir told CNN. “It is very unusual to feel the Earth shake 24 hours a day for a whole week. It makes you feel very small and powerless against nature.”

In the fishing town of Grindavík, locals have had a front-row seat to the tremors. “I’ve not experienced anything like this before,” says Páll Valur…