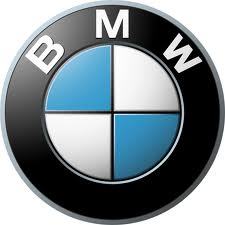 As part of its plan to introduce diesel engines to most of its lineup within the next three years, BMW will be outfitting its refreshed 2014 5 Series sedan with a new inline-six diesel powerplant. Speaking with Automotive News, BMW of North America CEO Ludwig Willisch recently indicated that the diesel engines in models like the 2014 BMW 5 Series will offer the responsive torque that American luxury buyers want while addressing their need for improved fuel efficiency.

By leveraging TwinPower Turbo technology, the diesel engine in the new 2014 BMW 535d Sedan will produce 255 horsepower and an impressive 413 pound-feet of torque. Though EPA fuel-economy ratings won’t be released until closer to the model’s on-sale date in August, the efficiency gains over the gas-powered six-cylinder unit are expected to be significant. Meanwhile, buyers who prefer to stick with a gas engine will find 45 more horsepower in the range-topping 2014 BMW 550i Sedan, which will now produce 445 horsepower from its updated 4.4-liter TwinPower Turbo V8 powerplant.

“American buyers are continuing to come around to diesel engines as a way of getting fuel efficiency without losing the fun of driving, and BMW’s technology has allowed it to take that concept to a new level,” said Marshal Cabot, general manager of BMW of Peabody, a Massachusetts BMW dealer. “The new diesel 5 Series will be extremely responsive each time you step on the pedal, and it will even be available with xDrive all-wheel drive for those who want extra grip on the roads.”

Buyers will also find updated styling on both the BMW 5 Series Sedan and Gran Turismo models for 2014. With revised contour lines around its kidney grille and modified lower air intakes, the Sedan model features a sportier look, while the Gran Turismo conveys a firmer stance thanks to a redesigned front apron and lower, longer design lines in the rear. For added convenience, both models will provide the option of an updated Comfort Access system, which now allows owners to not only open, but also close their trunk or tailgate automatically with the swipe of a foot underneath the rear bumper.

BMW hopes that the 2014 5 Series will help it remain the best-selling luxury automaker in the United States this year. Even with a refreshed model coming this summer, the current 5 Series is popular in the showroom, selling 5,234 units in April for a 47 percent increase over the same month last year. Year-to-date, sales of the BMW 5 Series are up by 7 percent compared to the same period in 2012.

“The 5 Series is a very important model line for BMW, and with the new and revised powertrains, refined styling and updated technology for 2014, we expect an even bigger boost in sales for the latter part of this year,” added Cabot. “Fans of the 5 Series will be getting a better mix of performance, fuel efficiency and technology than ever before.”

About BMW of Peabody:

Located minutes from downtown Boston on Route 114, BMW of Peabody takes pride in offering some of the world’s finest vehicles, backing up every new and used BMW sale with their expert, customer-focused sales and service staff. Recognized as a leading Greater Boston BMW dealer, BMW of Peabody is a five-time winner of the prestigious Center of Excellence Award and offers two BMW service centers to fit the schedules of its busy customers. See their full BMW inventory online at www.bmwpeabody.com, like them on Facebook at www.facebook.com/bmwofpeabody, visit their showroom at 221 Andover Street in Peabody or call them at 978-538-9900.