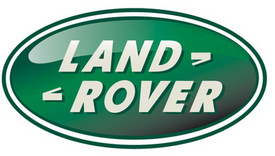 Land Rover is claiming that its redesigned 2014 Range Rover Sport is the fastest, most responsive iteration yet, and to highlight that agility, the SUV maker will be introducing the new model with an in-motion debut through Manhattan. Taking place on March 26, the eve of the New York Auto Show, the new Range Rover Sport’s “live drive” will be broadcast globally at landroverusa.com/newrangeroversport.

Though full details on the 2014 Range Rover Sport won’t be released until the New York City event, the next generation of Land Rover’s best-selling SUV will feature a new all-aluminum unibody frame that recently helped the redesigned 2013 Range Rover drop 700 pounds compared to its predecessor. That impressive weight loss resulted in significant improvements in acceleration, handling and fuel economy, and similar benefits are expected for the Range Rover’s slightly smaller sibling.

“The Range Rover Sport’s new aluminum chassis will make the vehicle incredibly nimble on the road, but, as we’ve seen with the new Range Rover, the structure is very strong despite its light weight, so it doesn’t sacrifice off-road capability,” said Dave Edwards, general manager of Land Rover Peabody, a Range Rover dealer in Massachusetts. “We expect the Range Rover Sport to get sleek styling cues from the popular Evoque compact crossover as well, meaning it will have the modern styling to match its advanced chassis.”

The engine choices for the new Range Rover Sport are also likely to mimic those of the Range Rover, which will feature a new 3.0-liter supercharged V6 when 2014 models arrive this summer. By replacing the Range Rover’s naturally aspirated 5.0-liter V8 as the standard powerplant, the downsized unit will reduce CO2 emissions by 15 percent, yet it will maintain the off-road prowess that Land Rover fans expect, tackling tilt angles of up to 45 degrees.

Earlier this month, Land Rover unveiled another major project that could help boost its lineup’s fuel economy, showing off the world’s first nine-speed automatic transmission at the Geneva Auto Show. Despite the added efficiency resulting from its extra gear ratios, the ZF 9HP transmission was developed from the beginning with performance in mind. The lowest ratio on the new nine-speed is far lower than that of the ZF six-speed gearbox used on some Land Rover models, meaning it would offer greater capability while off-roading, towing or navigating steep road gradients.

“Land Rover has faced a great challenge in recent years to meet the increasing demands of consumers and the government when it comes to fuel efficiency, and it is meeting that challenge without losing touch with its rugged roots,” added Edwards. “By working on smooth-running transmissions, lightweight frames and smaller engines, Land Rover can deliver off the beaten path while costing owners less at the pump.”

Land Rover Peabody is home to a remarkable group of off-road enthusiasts who know exactly what their customers expect in Land Rover sales and service. They’re proud to offer the latest Land Rover models, as well as unparalleled Land Rover service and OEM parts, and they invite new customers to take a test-drive on their unique demonstration course to experience Land Rover performance firsthand. Browse their selection online at www.roverpeabody.com, visit the showroom at 247 Newbury St. in Peabody, Massachusetts, like them on Facebook at www.facebook.com/landroverpeabody or call them at 888-472-4137.