Foursquare is going to make some changes as part of their efforts to basically split themselves in two. The badges people are so found of – small virtual trophies rewarded to individuals for checking in- are going to be thrown to the curb, as are their ‘Mayorships’ as they are currently known. The new ‘Mayorships’ will be limited to the friends you’re connected with on the application instead of all individuals on Foursquare, and the reward has now been downplayed to a simple sticker.

As the launch of Foursquare’s new check-in app Swarm nears, the company today revealed new details regarding the future of many of its most popular features… In the new Swarm, we built a bunch of stickers you can attach to your check-ins to quickly express how you feel or what you’re doing. (Don’t worry, they’re all free!) We’ll give you a few to start off with and, as you go out and explore the world, you’ll unlock more based on the places you visit.

Foursquare Is Killing Mayors and Getting Rid of Badges

More Reading:The new Foursquare, which is “coming this summer,” will have “the spiritual successor to badges.” No further details were provided.

Ahead of Swarm’s release next week, Foursquare freezes mayors ‘for the time being’ and drops ousting feature

“No Ordinary Easter” Planned At First Presbyterian Church Of Upland 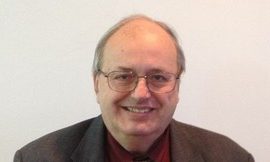