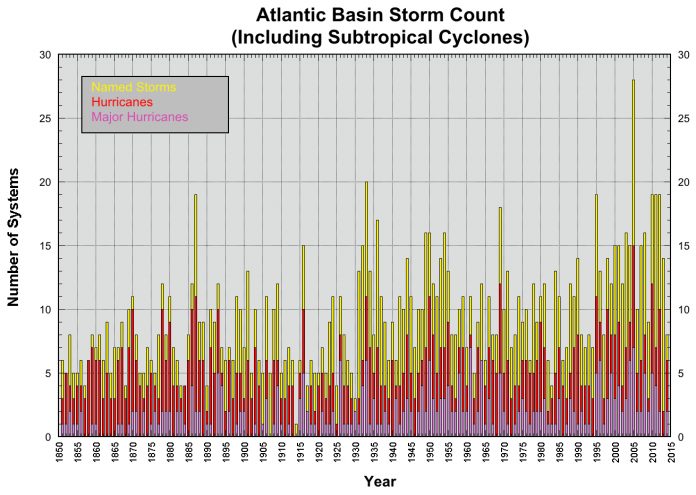 The year 2020 continues to be unique for all the wrong reasons.

This time, it’s for a notable number of powerful storms.

Hurricane Delta marked the 25th named storm of the 2020 Atlantic hurricane season. It’s the earliest date on record that a 25th named storm has formed, more than a month earlier than the previous record.

As of 6 Oct., there had been 25 named storms, of which nine became hurricanes and three went on to become major hurricanes.

“With 25 named storms, that’s an extremely active season, and it isn’t finished yet,” said John Tibbetts, director general of the Cayman Islands National Weather Services, at a government press conference on Monday.