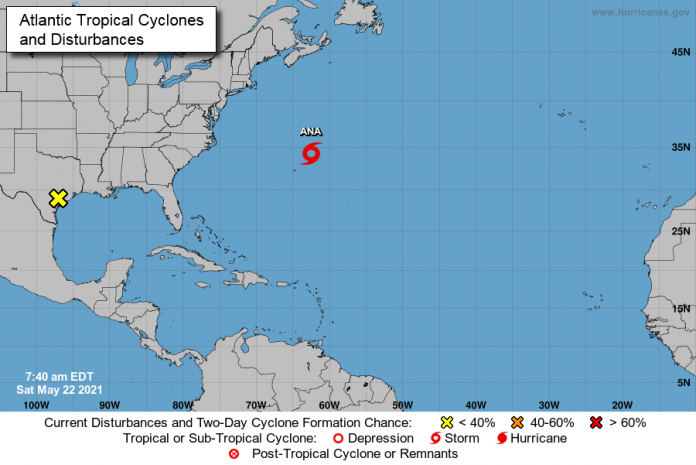 Subtropical storm Ana has formed in the Atlantic Ocean, making it the first named storm of the 2021 Atlantic hurricane season.

Its formation into a subtropical storm marks the seventh consecutive year that a storm has developed before the official start of the Atlantic Hurricane Season, which runs from June 1 to November 30 each year. Forecasters are calling for an above average hurricane season.

Forecasters at the National Hurricane Centre in Miami, Florida said as of 8am Ana was located less than 100 miles east-northeast of Bermuda, and was generating maximum sustained winds of 45mph – 30mph shy of a Category 1 hurricane.