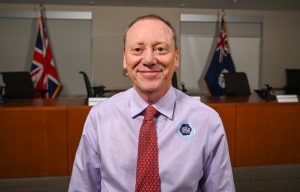 A total of 50 people have, so far, applied to be domestic election observers for the 14 April general elections, Governor Martyn Roper has confirmed.

Roper told the Cayman Compass, in a brief comment Tuesday, that his office had been met with an “overwhelming response to our request for Domestic Observers”.

The deadline for applications is today.

The domestic observers are being sought for the local polls as international observers will not be able to oversee the general elections due to the extended quarantine periods both here in Cayman and in the UK.

In the past, Commonwealth Parliamentary Association UK (CPA-UK) International Election Observer Missions have been on the ground in Cayman to observe and report on the running of the general election.

Roper, speaking with the Compass last week said, “We have an excellent reputation in Cayman for holding free and fair elections, but it is difficult this year to have international observers…

Rutty secures a spot in Cayman historical past books

Ritz-Carlton to shut for US$50M renovation