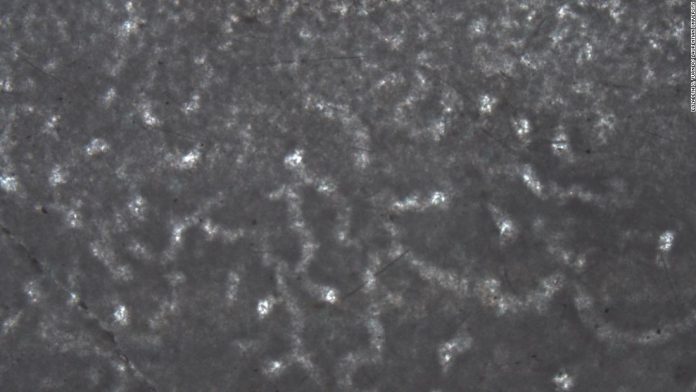 Recently discovered fossils belonging to ancient sponges might be the earliest known remnants of an animal body and pre-date other sponge fossils by 350 million years.

Elizabeth Turner, a professor of paleontology and sedimentary geology at Laurentian University in Ontario, discovered what she believes are possibly the fossilized structures of sponges that once existed in reefs millions of years ago. They were found in rock samples in northwestern Canada.

Little is known about the earliest days of animal life’s emergence on Earth because the fossil record is sparse. While scientists have used genetic evidence to suggest that sponges first appeared between 541 million and 1,000 million years ago during the early Neoproterozoic era, the lack of fossilized sponges has created a knowledge gap. Turner’s discovery may help fill that gap and provide a glimpse into the earliest marine animal life on Earth.