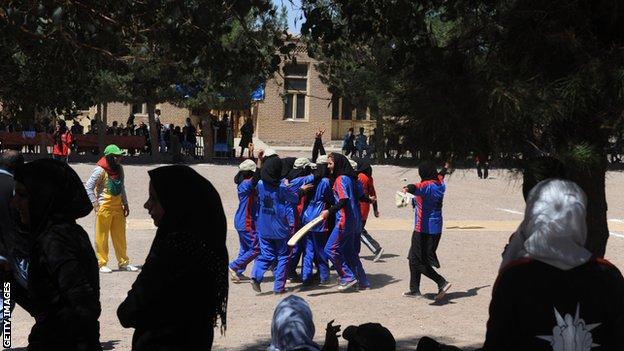 Australia captain Tim Paine says it is “hard to see” Afghanistan’s men at events such as the Twenty20 World Cup if the Taliban bans the women’s side.

The International Cricket Council said it was concerned by Taliban comments suggesting the women’s side was banned.

“Does the team get kicked out of the World Cup?” Paine asked on SEN radio.

“I imagine it will be impossible if teams are pulling out of playing against them and governments are not letting them travel to our shores, then how a team like that can be allowed to play in an ICC-sanctioned event is going to be very, very hard to see.”

Australia are scheduled to host their first-ever Test against Afghanistan from 26 November before the Ashes series with England, which begins on 8…