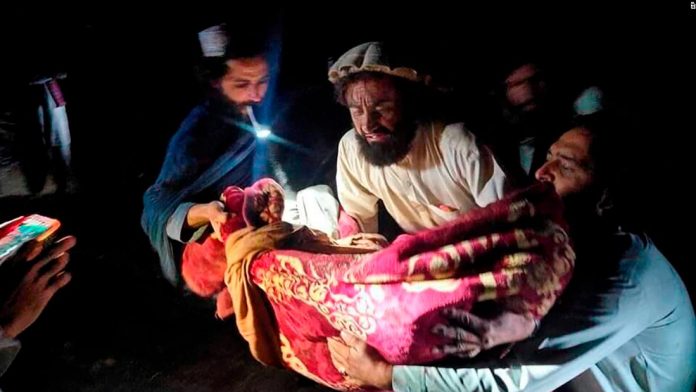 The humanitarian disaster comes at a difficult time for the Taliban-ruled country, currently in the throes of hunger and economic crises.

The shocks hit at 1:24 a.m. local time on Wednesday (4:54 p.m. ET on Tuesday) around 46 kilometers (28.5 miles) southwest of the city of Khost, which lies close to the country’s border with Pakistan, according to the United States Geological Survey (USGS).

The quake registered at a depth of 10 kilometers (6.2 miles), according to USGS, which designated it at yellow alert level — indicating a relatively localized impact.

Most of the deaths were in Paktika province, in the districts of Giyan, Nika, Barmal and Zirok, according to the State Ministry for Disaster Management.

The death toll stands at more than 1,000 and at least 1,500 people have been injured “in Gayan and Barmal districts of Paktika province alone,” Mohammad Amin Hozaifa, head of Paktika province’s information and culture department, told CNN in a phone call Wednesday.