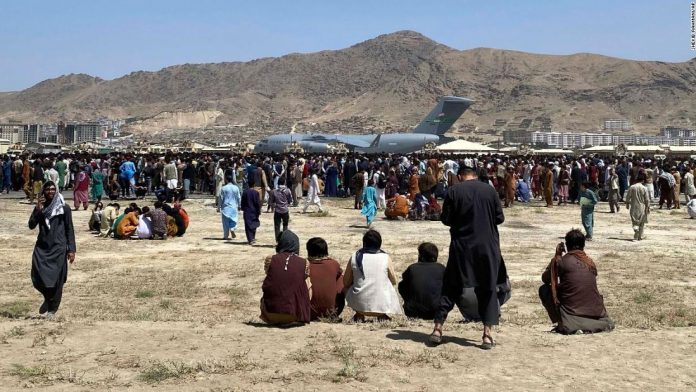 The airport is the epicenter of a chaotic scramble to escape the country for tens of thousands of people — including international workers, Afghan interpreters and woman now at risk under Taliban rule.

By Sunday morning, the number of people at the airport awaiting flights had swelled to 18,500, with another 2,000 at the gates waiting to get in, a source familiar with the situation told CNN.

One reason for the chaos was the decision to issue electronic visas to Special Immigrant Visa (SIV) applicants, without names or document numbers. The visas were then copied as screen shots and sent by Afghans to thousands of other Afghans who were not eligible for access to the airport, the source said.

Conditions worsened throughout Sunday, with the airport’s entry gates for the most part closed and instances of families being split up and sent to different countries in the chaos.