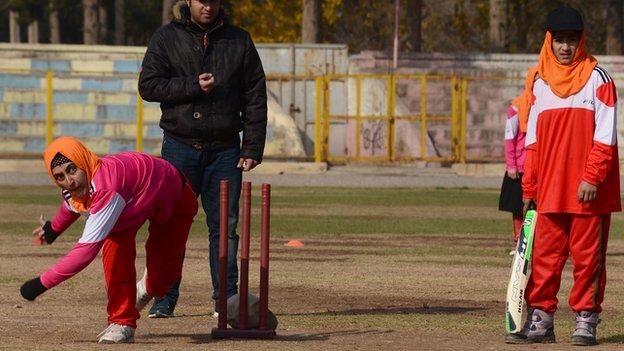 The Afghanistan Cricket Board expects the incoming Taliban authorities to block plans to create a national women’s team.

The International Cricket Council requires its 12 full members – of which Afghanistan is one – to have a national women’s team.

“I think it will be stopped – that is my assumption,” Hamid Shinwari, chief executive of the national board, said.

Speaking to the Sports Desk podcast, Shinwari said: “I really don’t know what will be the position in the future.

“We have kept the salaries and they are on our payroll. If the government decides that we don’t go with the national women’s team, we will have to stop it.”

Afghanistan have not entered a women’s team to compete in any ICC regional tournament, but awarding contracts was part of a push towards developing a national side.