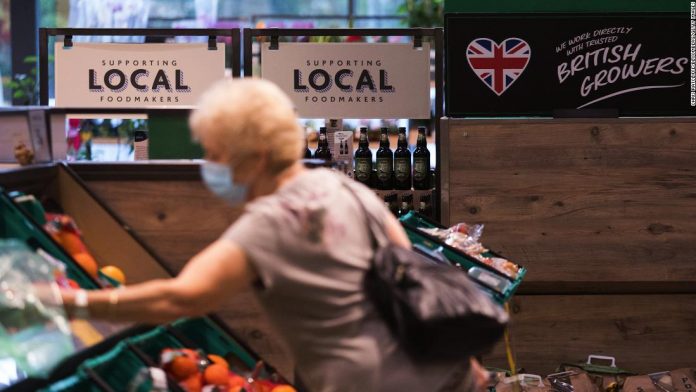 Morrisons confirmed over the weekend that New York-headquartered Clayton, Dubilier & Rice last week made an unsolicited offer of £2.30 ($3.19) per share in cash for the grocery retailer. That’s a 29% premium to Morrisons’ (MRWSF) closing price on Friday, giving it a market value of around £5.5 billion ($7.6 billion).
Shares in the company surged more than 30% in London on Monday, taking the share price above the takeover offer and lifting other stocks in the sector. Sainsbury’s (JSNSF) and Ocado (OCDDY) climbed over 4%, with Marks & Spencer (MAKSY) rising nearly 3% and Tesco (TSCDF) up more than 1%.
Morrisons rejected the proposal in its statement on Saturday, saying that it “significantly undervalued” the company and its future prospects. Clayton, Dubilier & Rice now has until July 17 to make a firm offer.

The move comes amid heightened investor activity in UK retail and a spate of takeover bids for British companies, undervalued for years because of poor returns linked to drab…