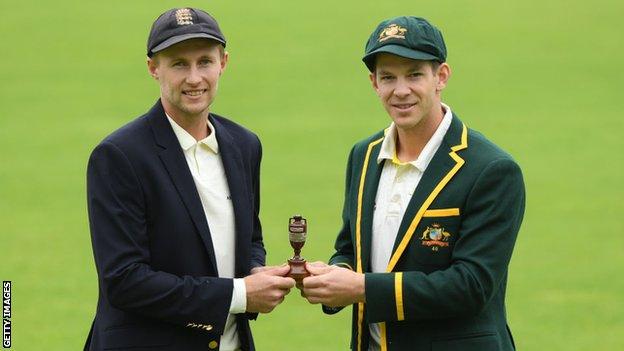 The upcoming Ashes series between England and Australia will “hopefully” be played in front of full crowds despite a rise in Covid-19 cases, Cricket Australia has said.

Citing rising vaccination rates, chief executive Nick Hockley said he was optimistic the series would be played as scheduled and with fans present.

The series is set to start in Brisbane on 8 December.

Should the series be played as planned, Australia will be defending the Ashes after they retained the famous urn by drawing the most recent series 2-2 in 2019.

“At the moment, based on vaccination rates, we’re very hopeful we’ll be able to have crowds,” Hockley told Melbourne radio station SEN.

The optimism comes despite parts of Australia currently being under lockdown, including Melbourne and Sydney, the venues for the third and fourth Tests in the…