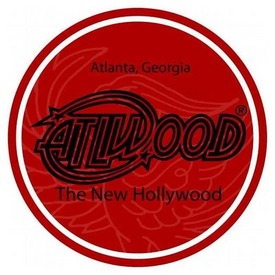 With Atlanta, Ga. becoming the new hollywood of the United States it was the perfect place to launch ATLWOOD, a luxury lifestyle brand, that focuses on many aspects of the entertainment industry. With its main focus being fashion, the brand has made its way to being notarized by many of the top socialites of the Atlanta, Ga. area.

Owner and founder “Scotty Scott”, has recently made young entrepreneur Rueben Wood, formerly known as “Yung Bank”, the new face of the rapidly growing brand. With so much in store for the company as a whole, the partnership between the two will intell major backing from the Spaced Out Magazine brand and more.

“I feel excited working with him, and look forward to making the brand bigger!”, says Wood in a recent interview. With so many other brands out there when asked what makes ATLWOOD any different from the other luxury brands? Scott had this to say, “I have been through blood, sweat and tears, and invested alot of time and resources into this project, but not just that I believe the phrase alone, “The New Hollywood”, makes some noise in people’s ear.”

The brand will soon be looking to debut in stores, and make it’s first appearance in the Atlanta area with its high end custom peices.

Known as one of the most connected entertainment consultants in Atlanta, Mr. Scott is recognized by many of Atlanta’s celebrity residents and entertainment executives from his days as an intern with LaFace Records and former disc jockey at some of Atlanta’s hottest clubs. While working with LaFace Records, Mr. Scott had an opportunity to learn from entertainment industry legends L.A. Reid, Kenneth “Baby Face” Edmonds, and others who made history releasing albums from the record industries then-biggest stars such as TLC, OutKast, and Toni Braxton.

Mr. Scott continues to blaze a trail in Atlanta’s entertainment community, helping to brand Atlanta as “The New Hollywood” which is also being called “ATLWOOD.” As the owner of the “ATLWOOD” brand, Mr. Scott has taken a leadership role in promoting Atlanta as the new entertainment capital of the world.

Sponsors and Media feel free to contact us, and make sure you visit http://www.atlwoodglobal.com