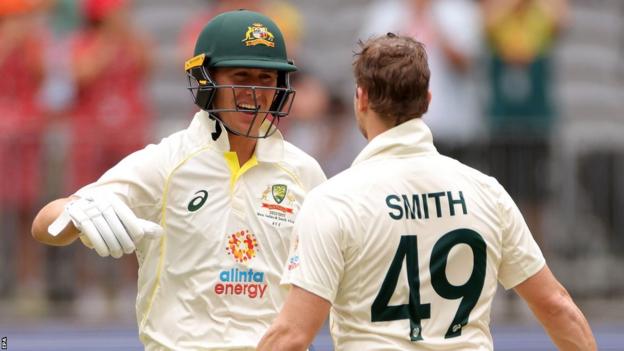 They shared a third-wicket stand of 251 before Travis Head smashed 99 from 95 balls.

Smith, who began the day on 59, progressed steadily to his 29th Test century – level with Australia legend Sir Don Bradman – and then his fourth double.

Labuschagne, who resumed on 154, was dropped on 194 but soon reached his second…