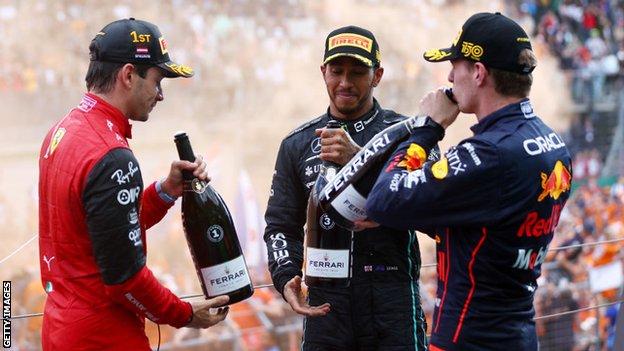 Formula 1 will investigate claims that some spectators at the Austrian Grand Prix suffered discriminatory abuse.

Lewis Hamilton was one of those to call for action, saying he was “disgusted and disappointed” by the reports.

“Something must be done to ensure races are safe spaces for all,” he added.

Formula 1’s statement read: “We take these matters very seriously, have raised them with the promoter and event security, and will be speaking to those who reported them.”

It added that the reported behaviour was “unacceptable and will not be tolerated”.

Red Bull team principal Christian Horner said: “We are shocked to hear that there have been some incidents of abusive behaviour in the grandstands and the fan parks. This is completely unacceptable and we hope that security and the authorities deal with this swiftly as there is no place for it in racing or society as a…

Nadia Nadim says ‘it is a hopeless state of affairs’ a...