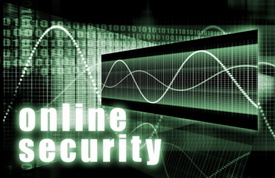 San Francisco, CA More than 100,000 patients of Alere Home Monitoring have been alerted that their personal information may have been compromised after Alere Home Monitoring discovered that a laptop containing patient records had been stolen from an employee’s vehicle, reports San Francisco consumer protection lawyer Carey Been, of Keller Grover LLP.

According to the News-Press.com, the laptop stolen from the Alere Home Monitoring employee’s vehicle contained the names, Social Security numbers, addresses and diagnoses of more than 100,000 Alere patients who take drugs to prevent blood clots, such as Warfarin or Coumadin.

Although the information on the laptop was password protected, it was not encrypted, a standard procedure used to protect the privacy of health information. According to the News-Press.com, affected individuals are now at risk of identity theft as a result of the data breach.

Numerous class action lawsuits have been filed in California over similar data breaches in the last two years.

In April 2012, a class action lawsuit was filed by Mr. Been’s firm, Keller Grover LLP, against St. Joseph Health System and several of its associated hospitals after electronic health information was placed in a St. Joseph Health System network folder that was publicly searchable via the internet and left there, in publicly available format, for approximately one year.

In October 2011 Keller Grover LLP also filed a lawsuit against Sutter Medical Foundation after a computer, holding the personal information of more than 3 million patients in non-encrypted files, was stolen from Sutter Medical Foundation’s Sacramento office. Sutter claimed it was “still in the process” of encrypting data on their desktop computers, and had not yet secured the computer that was stolen from the office—although the process was started in 2007, as previously reported in “Consumer Protection Lawyers Keller Grover File Sutter Health Privacy Suit.”

California patients affected by the Alere Home Monitoring data breach are encouraged to call this toll-free number (877-430-5623) if they have further questions.

Patients who believe their personal information is being used illegally are also advised to contact their local police department and file a complaint with the Federal Trade Commission at www.ftc.gov/idtheft or at 877-ID-THEFT.