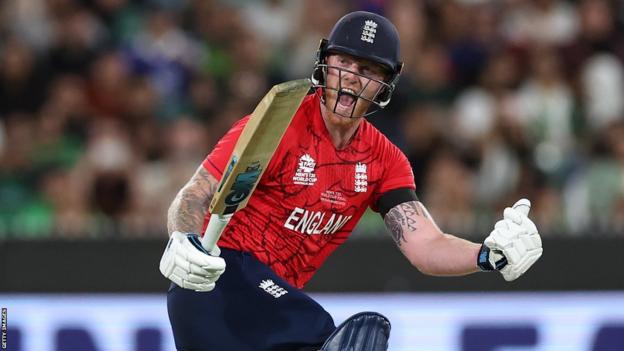 The “door is open” for Ben Stokes to come out of 50-over retirement and play at the World Cup in India later this year, says England coach Matthew Mott.

But the all-rounder did not rule out a U-turn last year amid calls for him to do so after he led England to victory in the T20 World Cup final.

Mott said England are happy to wait on a decision.

“The door is always open for a player of that quality but we are also very aware that his main focus is is red-ball cricket as the captain,” Mott said, speaking before England’s three-match ODI series against South Africa begins on Friday.

“We respect that and when he’s ready to chat, we’ll do that.”

Stokes was man of the match in the 2019 World Cup final when England beat New Zealand in a dramatic super over to win the trophy for the first time.