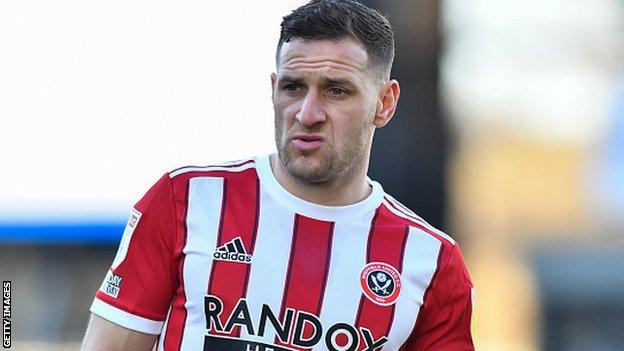 Police are investigating after Sheffield United captain Billy Sharp was assaulted by a fan at the end of their Championship play-off final second leg at Nottingham Forest.

Television footage showed the supporter charge at Sharp during a pitch invasion as the player stood on the sidelines.

Forest won 3-2 on penalties after the two legs finished 3-3 on aggregate.

“We’ve seen one of our players attacked,” said Heckingbottom after the match at Forest’s City Ground. “He’s shook up, bleeding, angry.

“Bill was minding his own business off the pitch, trying to get our players away. He was blindsided, it was cowardly. He was knocked to the ground [and required] stitches, he was shook up.”