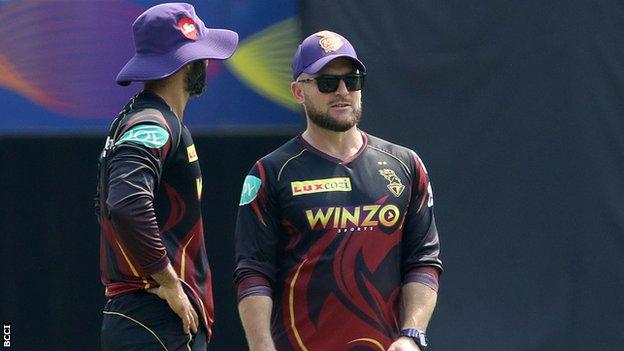 Brendon McCullum says the challenge of improving a team at “rock bottom” and his love of Test cricket made him want to be England men’s Test coach.

The New Zealander was appointed on Thursday in his first coaching role in international or red-ball cricket.

He takes over a side winless in nine Tests, and who have won only one of their past 17 matches.

“If you are prepared to change your life it has got to be something a bit grunty, a little bit meaty,” he said.

“And the challenge of bringing a team that is rock bottom at the moment and building something long-term, sustainable and successful… that is more where the challenge lay.”

McCullum, who is currently in charge of Indian Premier League side Kolkata Knight Riders, faces his first Test as England head coach at Lord’s on 2 June against New Zealand, the team he used to captain.