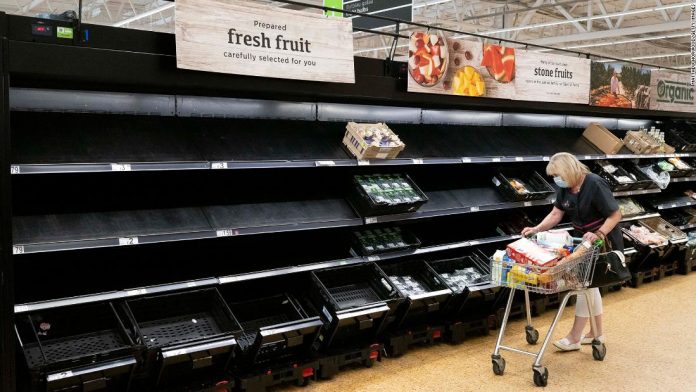 McDonald’s (MCD) has already been forced to take milkshakes off its menu in the United Kingdom and Nando’s has closed 45 restaurants because it was running out of its signature dish peri peri chicken. But suppliers are warning of further disruption that means Brits may have to go without holiday staples such as turkey and pigs in blankets when they celebrate the first Christmas after Brexit took full effect.

National chicken production has already been cut back by 10%, according to the British Poultry Council, which says that 16% of industry jobs are not currently filled. Christmas turkey production will be slashed by a fifth, the industry group estimates.

“When you don’t have people, you have a problem — and this is something we are seeing across the whole supply chain. The labor crisis is a Brexit issue, and one that has been widely reported across the food and drink sector,” Richard Griffiths, chief executive of the British Poultry Council, said in a statement.