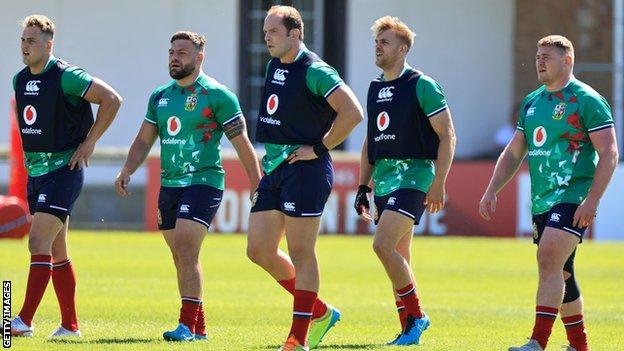 Alun Wyn Jones leads a British and Irish Lions side including eight debutants against Japan on Saturday.

There will be 16,500 fans at Murrayfield for the first-ever meeting between the Lions and Japan.

“The crowd will give the players an enormous lift,” said Lions head coach Warren Gatland.

“We’re anticipating a tough game against Japan – a side that like to play at a high-tempo and shift the ball.

“We saw throughout the World Cup they have attacking threats across the park and a solid defence and set piece.

“I’m pleased with the progress we’ve made during our training camp in Jersey so far, but we’ve a long way to go.

‘Vaccine passports’: Will I would like one for going out, work...