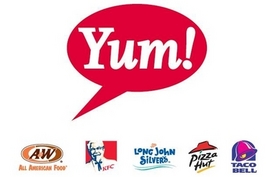 A former employee of Yum! Brands, Inc. won an appeal against her former employer in the Superior Court of Orange County, in a case where her supervisor allegedly publically revealed to her co-workers that she suffers from bipolar disorder, reports San Francisco employment lawyer Eric Grover.

Ignat suffers from bipolar disorder, which had caused her to miss work as a result of the side effects of the medications used to treat her mood disorder. In mid-2008, Ignat had missed work because of her condition. Upon returning to work, she learned that her immediate supervisor, Mary Shipma, had told everyone in the department about her medical condition.

This resulted in her coworkers “shunning” her, and having to suffer the indignity of being asked if she was likely to “go postal” at work by a peer.

In early September 2008, Ignat was terminated from Yum! Brands, and she subsequently filed a lawsuit on November 12, 2008. Ignat alleged that the cause of action was for invasion of privacy due to public disclosure of private facts.

Yum! Brands moved for summary judgment or summary adjudication by noting four issues that were consistent with legal action for public disclosure of personal facts. According to court documents these four issues were: (1) Shipma never told the title department about Ignat’s disorder; (2) Shipma did not disclose Ignat’s disorder in writing; (3) the disclosure was not highly offensive to a reasonable person; and (4) Ignat had already revealed her condition to some people in the department and therefore had no expectation of privacy.

The trial court sided with Yum! Brands ruling solely on the fact that the disclosure was strictly verbal. The court stated that the right of privacy can only be violated in writing, not by word of mouth. Ignat did not produce any document disclosing the private facts, which caused the court to rule in favor of Yum! Brands. But the court did note that they “lamented the ‘irrationality’ of this rule, but felt itself bound by precedent.”

The appeals court overturned the trial court’s decision because they believed the written documentation rule is “outmoded and interferes with a person’s right to privacy without any corresponding benefit to any other right or policy,” and because “lack of a writing was the sole basis for the trial court’s grant of summary judgment,” court documents read.

The court postulated that in this day and age, equal damage could be done by oral or written disclosure of private information. The precedent has been overlooked in several cases and no longer carries the same weight as when news was passed on by word of mouth on a more local basis. The precedent predates radio, TV and the Internet and they found that allowing a plaintiff a remedy for one type of disclosure but not the other served no one well, when both did equal damage, added San Francisco employment lawyer Eric Grover.

EmptyLemon tells jobseekers why you should avoid most recruitment agencies