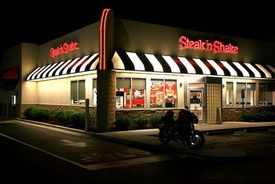 The plaintiffs and current Steak ‘n Shake employees, Justin Beecher and Priscilla Cain, are suing the burger restaurant over a host of allegations that accuse the restaurant of violating the Fair Labor Standards Act, the Indianapolis Business Journal reports.

The wage and hour lawsuit contends that Steak ‘n Shake instructed restaurant managers to adjust the number of hours for employees who worked over 40 hours a week, to avoid paying overtime wages. In fact, the lawsuit claims a document was created by Steak ‘n Shake called “audit trail report,” which shows the edited “clock in” and “clock out” times for hourly employees.

In addition, the suit claims the burger chain neglected to pay the proper minimum wage for servers earning tips, by adjusting the tip amounts to falsely reflect a higher amount. Because of this, the company eliminated any difference between the servers’ regular hourly rate and the federally required minimum wage, thereby skirting any obligation to pay a minimum wage differential, the lawsuit read.

Additionally, Steak ‘n Shake allegedly changed the servers’ hours to show a lower number in order to increase their regular hourly rate, and to avoid paying a minimum wage differential.

The wage and hour lawsuit is seeking unpaid minimum wages and overtime wages, in addition to other monetary damages.

“If these allegations prove true in a court of law, it will demonstrate that Steak ‘n Shake has seriously violated labor laws,” asserts Los Angeles wage and hour lawyer Eric Grover. “Any employee that works over 40 hours in a week is entitled to overtime pay, and should be fairly compensated for their work.”

“Editing clock in and out times is illegal and unethical. All employees should receive compensation that reflects the overtime they work. In addition, many restaurant servers work for tips and should not be docked any of their hourly pay to make up for minimum wage based on an incorrect accounting of their tips,” says the California employment lawyer.

This news was brought to you by the Los Angeles employment lawyers at Keller Grover LLP.

Keller Grover is an experienced employment law firm that has played leading roles in a wide variety of employment related claims, including breach of contract cases and discrimination and harassment cases based on race, sex, age, disability and other legally protected categories. Keller Grover LLP is dedicated to helping workers whose wage and hour rights have been violated. To talk with a California employment lawyer at Keller Grover or for more information about wage and hour law cases, please visit www.kellergover.com.

Am I Eligible for Social Security Disability Back Pay?