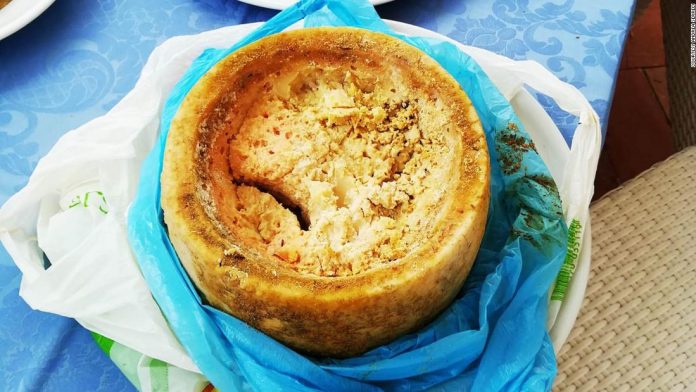 (CNN) — The Italian island of Sardinia sits in the middle of the Tyrrhenian Sea, gazing at Italy from a distance. Surrounded by a 1,849-kilometer coastline of white sandy beaches and emerald waters, the island’s inland landscape rapidly rises to form hills and impervious mountains.

And it is within these edgy curves that shepherds produce casu marzu, a maggot-infested cheese that, in 2009, the Guinness World Record proclaimed the world’s most dangerous cheese.

Maggots hatch, making their way through the paste, digesting proteins in the process, and transforming the product into a soft creamy cheese.

Then the cheesemonger cracks open the top — which is almost untouched by maggots — to scoop out a spoonful of the creamy delicacy.

It’s not a moment for the faint-hearted. At this point, the grubs inside begin to writhe frantically.

Some locals spin the…

Tokyo Olympics: US gymnast Simone Biles will get her personal goat...

The Nice Resignation is taking root around the globe