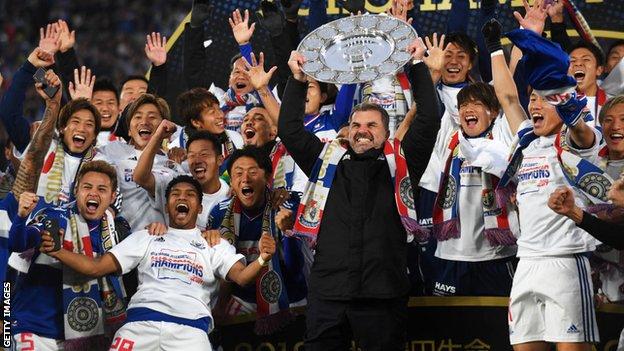 Ange Postecoglou is thrilled by “one of the greatest honours in football” after being named as Celtic’s new manager.

The 55-year-old replaces Neil Lennon, who resigned in February as the club failed in a bid to win a record 10th consecutive Scottish Premiership title.

The former Australia boss joins from Yokohama F Marinos in Japan on a 12-month rolling contract.

“I will be doing everything I can to get our great club back on top,” said Greece-born Postecoglou.

“We want to entertain our fans and we want to win, these are the objectives which I always set myself and which I now begin work on.

“The opportunity that has been given to me is one of the greatest honours in football.”

Celtic turned to Postecoglou after Eddie Howe rejected the opportunity to move to Glasgow, with the club citing “reasons outwith both his and our control”.

Thierry Henry: It was time to make a stand in opposition...