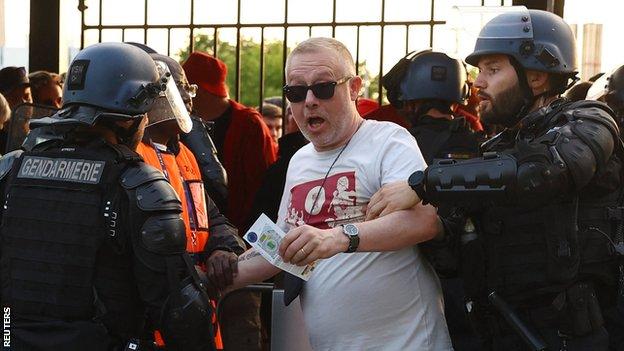 Fans who fell victim to crime at last month’s Champions League final have been invited to file complaints by French authorities.

Supporters of both Liverpool and Real Madrid said they were attacked by gangs as they left the Stade de France in Paris following the match.

There were also reports of fans being robbed or assaulted before the game, which the Spanish champions won 1-0.

Fans can fill in a complaint form via the French Embassy in London.

A statement on the embassy’s website says “foreign nationals who were victims of crime during the Champions League Final on 28 and 29 May 2022 can file a complaint to the French judicial authorities”.

“These temporary arrangements reflect the French Government’s wish to give foreign nationals the opportunity to get in direct contact with the French judicial authorities regarding crimes of which they believe they were victims during the event,” it adds.

Covid-19 lockdown: Soccer, golf and tennis to return in England from...