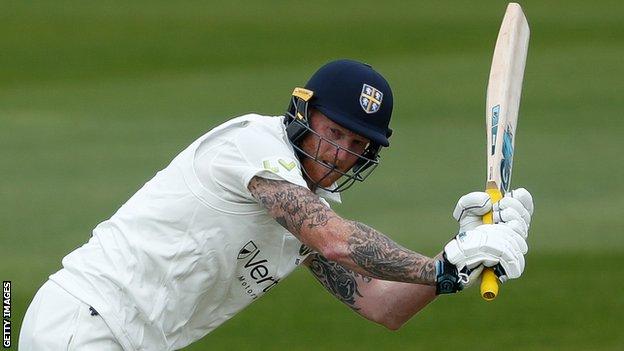 England captain Ben Stokes was in the runs again with 82 as Durham made 311 against Glamorgan after being put in.

Stokes’ innings mixed patience with a few big blows as he smashed two sixes off Ashes rival Marnus Labuschagne, though it was not the all-out assault of the previous week at Worcester.

It soon seemed better as Glamorgan slumped to 31 for two.

The visitors owed much to opening bowlers Michael Hogan (4-67) and Michael Neser (2-26) after Timm van der Gugten went off with a recurring hamstring problem.

David Lloyd’s decision to bowl first looked the obvious one…

England drop to lowest Check factors score for 27 years in...