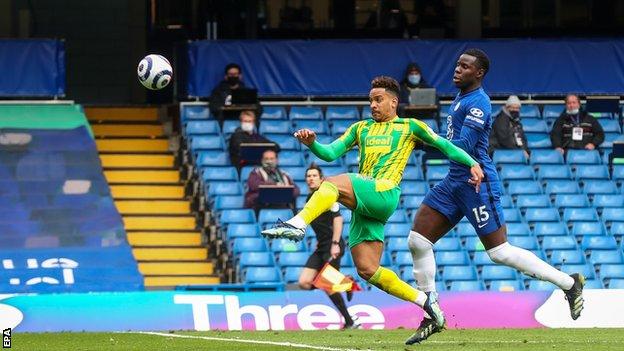 The Baggies were as brilliant as the Blues, who had Thiago Silva sent off in the 29th minute, were abject.

The result moves the 19th-placed side to within seven points of 17th-placed Newcastle, and even if they do not manage the improbable and escape relegation, they will look back on this day with great pride.

Sam Allardyce’s men were outstanding on the counter-attack and each of their goals was of high quality.

Chelsea took an undeserved lead in the 27th minute when Christian Pulisic followed up after Marcos Alonso’s free-kick came off the post. However, two minutes later Chelsea’s day started to take a turn for the worse when Thiago was shown a second yellow for a rash challenge on Okay Yokuslu.