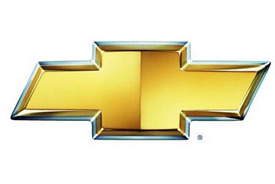 As the largest daily newspaper in the home city of the Big Three automakers, the Detroit Free Press gets a close look at a lot of new vehicles, but for the 2014 model year, it has ranked two offerings from Chevrolet above the rest. The redesigned 2014 Chevy Silverado was recently named the 2014 Detroit Free Press Truck of the Year for its mix of capability and comfort, while the 2014 Chevy Corvette Stingray earned the newspaper’s Car of the Year honor as a thoroughly modern interpretation of an iconic sports car.

Though the 2014 Silverado offers a class-leading trailering rating of up to 12,000 pounds with its newly available 6.2-liter EcoTec3 V8 powerplant, Detroit Free Press auto critic Mark Phelan was equally impressed with the pickup truck’s amenities. The interior features optional heated and ventilated seats and an available MyLink infotainment system with voice recognition and an eight-inch touchscreen, while integrated steps on the rear bumper and a damped tailgate allow for pain-free loading and unloading. Silverado buyers also receive additional practicality from the vehicle’s surprising gas mileage, including a best-in-class V8 fuel economy of 23 mpg on the highway when they opt for the 5.3-liter EcoTec3 engine.

“The awards from the Detroit Free Press highlight the fact that the new Chevy Silverado and Corvette Stingray have both managed to stay true to their roots while introducing new qualities that modern drivers want,” said Ed Rossi, owner of Rossi Chevrolet Buick GMC, a New Jersey Chevy dealership. “The Silverado is still leading in capability, and the Corvette continues to push the limits of performance, but now they accomplish those things with refined interiors, the latest in-car technology and improved fuel economy.”

Housing a new 6.2-liter LT1 V8 engine, the 2014 Chevy Corvette Stingray garnered praise from the Detroit Free Press for churning out 450 horsepower and 450 pound-feet of torque while returning up to 29 mpg on the highway. Phelan also noted that the sports car now boasts a luxurious cabin that lives up to its expressive exterior, with Chevrolet using high-quality materials like carbon fiber, aluminum and hand-wrapped leather. Those high levels of performance and luxury can cost tens of thousands of dollars more in similarly equipped sports cars, a fact that helped the new Corvette Stingray lock up its Car of the Year award.

Rossi Chevrolet Buick GMC is a family-owned and operated dealership that has been providing New Jersey drivers with a customer-friendly atmosphere since opening its doors in 1975. Staff members are focused on creating lasting relationships with clients, helping them to find and maintain the perfect Chevy, Buick or GMC vehicle for their needs. Visit them at 360 Route 31 South in Washington, N.J., browse their online inventory at www.rossigm.com or call them at 908-320-4034. They can also be found on Facebook at www.facebook.com/RossiChevroletBuickGMC.