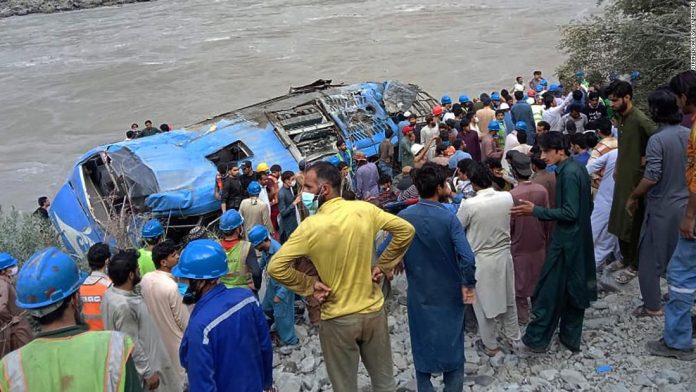 The bus was carrying a convoy of Chinese engineers to the construction site of the Dasu hydropower plant in northern Pakistan when the blast occurred, killing 13 people.

Initially, Pakistan and China had released conflicting statements over the cause of the incident. Islamabad blamed a gas leak caused by mechanical failure, while the Chinese Foreign Ministry called it a “bomb attack,” expressing “shock and condemnation” and asking Pakistan to “severely punish” the perpetrators. The discrepancy raised confusion — and anger — on Chinese social media, with some accusing Pakistan of “covering up” the truth.
Then, in an apparent twist on Thursday, Pakistan’s Information Minister Fawad Chaudhry said on Twitter that “terrorism cannot be ruled out,” after initial investigations confirmed “traces of explosives.” By Friday, Chinese Premier Li Keqiang was describing the blast as a “terrorist attack” in his phone call with Pakistani Prime Minister Imran Khan — which Chinese state media took…

The assassination of Haiti’s president is the most recent problem for...