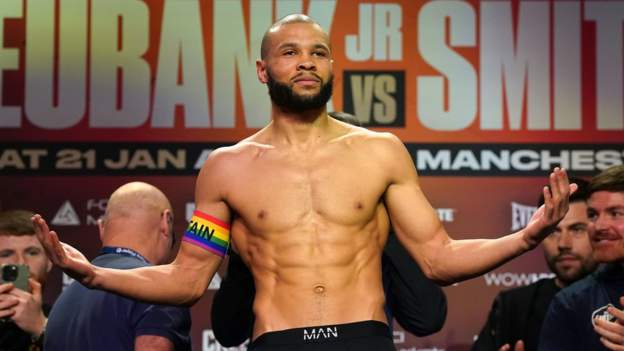 Chris Eubank Jr says boxers “need to set the example” in the fight for an inclusive sport after controversy in Manchester.

Ugly scenes at a news conference on Thursday have overshadowed Saturday’s fight between Eubank and Liam Smith as the boxing year began on a sour note.

“It was about the lowest and the most out-of-control conference I’ve ever been at – it shocked me,” BBC 5 Live boxing analyst Steve Bunce said.

“Boxing went across that line.”

Eubank, 33, was the subject of taunts about his sexuality from Smith for much of the event and responded by taunting his opponent about his city of birth, Liverpool, and smearing his marriage.