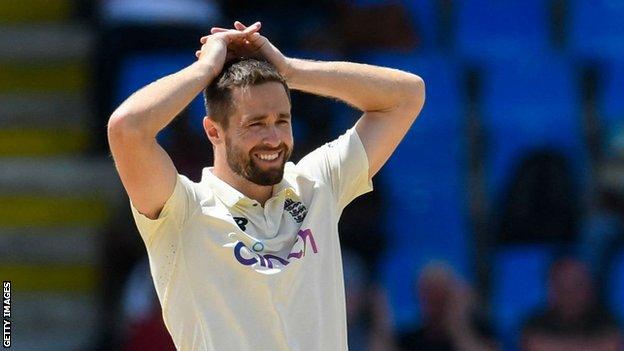 England bowler Chris Woakes will have a knee operation this week in a bid to be fit for the T20 World Cup in October.

Woakes, 33, has not played a first-team county or international match since England’s defeat by West Indies in Grenada in March because of injury.

The Warwickshire player said he will be out for between four and six weeks if nothing “too serious” emerges during surgery.

“You never really want to be missing cricket, especially in the summer in England.

“But, in a way, I’m happy I’ve decided to have the surgery and try and get whatever’s wrong right, and get back as soon as possible.

“If they go in and expect nothing to be too serious it should be four to six weeks. So fingers crossed I will be back to competitive cricket soon,”

Woakes, who has also been struggling with an ankle injury, returned to competitive action in a Warwickshire second…