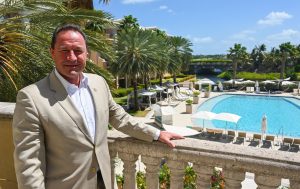 If the Cayman Islands is to hit its 80% vaccination target for the border reopening, government will have to move to mandatory vaccinations and not just for work permit-holders, Cayman Islands Tourism Association President Marc Langevin has said.

Langevin, speaking on the 21 July episode of the Cayman Compass weekly Facebook talkshow ‘The Resh Hour’, said the tourism industry has welcomed the announcement of a border reopening plan, but lamented that it still hinges on hitting a vaccination target of 80% of the entire population.

The CITA president said he believes Cayman cannot realistically achieve that without mandating people get the jab, and he is suggesting government seriously consider this approach.

“If the government is really keen about achieving that 80%, which would be 95% or 99% of the [eligible] population, it is going to have to come with some…

Which means now for cruise tourism?