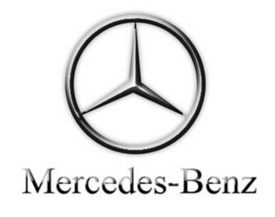 The 2014 Mercedes-Benz CLA-Class made an instant impact by selling more than 2,300 units in just over a week when it went on sale in September, and it has now moved 10,828 units through November. That impressive performance at dealerships has boosted Mercedes-Benz’s overall U.S. sales to a record year-to-date tally of 279,501 units. With the momentum of the Mercedes-Benz CLA-Class expected to continue this month, the automaker is poised to take the U.S. luxury sales title from BMW for 2013.

“For a while this year, it looked like BMW had the momentum to repeat as the luxury sales leader, but then the Mercedes-Benz CLA-Class arrived and surpassed everyone’s expectations by resonating deeply with first-time luxury buyers,” said James Buckley, general manager of Smith Motor Sales, a Haverhill, MA Mercedes-Benz dealer. “Unlike some of its luxury-compact competitors, the CLA-Class doesn’t skimp in the areas of luxury, style or performance despite its affordable price tag, so it makes for an easy purchase decision for many drivers.”

Housing an all-new 2.0-liter turbocharged four-cylinder engine, the standard 2014 Mercedes-Benz CLA250 produces 208 horsepower and 258 pound-feet of torque while returning up to 38 mpg on the highway. Outside, the Mercedes-Benz CLA-Class features sculpted styling inspired by the larger and more expensive Mercedes-Benz CLS-Class. Inside the cabin, buyers will find a range of intuitive technologies, including standard Bluetooth hands-free phone calls and audio streaming, an optional 80-gigabyte hard-drive navigation system and an available seven-inch high-resolution tablet-style screen.

For more than 75 years, Smith Motor Sales has brought Mercedes-Benz ownership to customers in Massachusetts and New Hampshire. Smith Motor Sales has remained an elite Mercedes-Benz dealer throughout the years through its commitment to customer service and its wide selection of new and used Mercedes-Benz vehicles, as well as its expert service and parts staff. Browse their inventory online at www.smithmercedesdealer.com, stop by their showroom at 420 River Street in Haverhill, Massachusetts, like them on Facebook at www.facebook.com/SmithMercedes, or reach them by phone at 978-372-2552.

Narrative of suppression of freedom of expression being promoted under a...