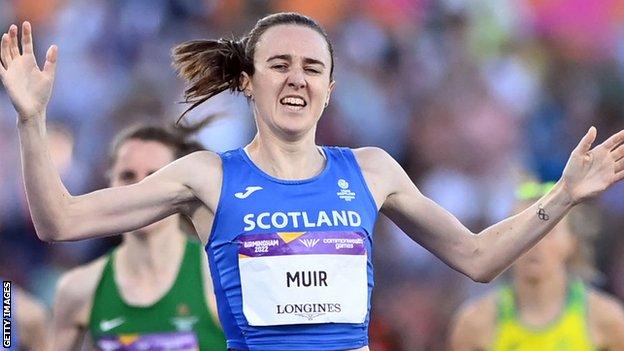 Scotland’s Laura Muir won the Commonwealth 1500m crown with a remorseless display that ground her rivals to dust in her wake.

The 29-year-old wound up the pressure with 500m to go and, despite the best efforts of Northern Ireland’s Ciara Mageean, no-one could live with her.

Muir finished in four minutes 2.76 seconds to add to her 800m bronze and win Scotland’s 12th title of the Games.

Jemma Reekie, Muir’s training partner, friend and some-time flat-mate, finished fifth but was first to congratulate her team-mate on her victory.

A year and a day ago, she landed Olympic…