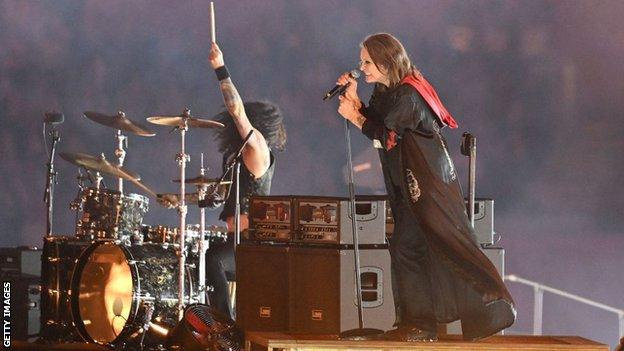 Legendary Birmingham rocker Ozzy Osbourne made a surprise appearance to bring the curtain down on a hugely successful Commonwealth Games in fabulous fashion.

Osbourne and his band Black Sabbath received a rapturous ovation from the 30,000 capacity crowd at the Alexander Stadium as they provided a fitting climax to a star-studded closing ceremony.

The 73-year-old ‘Prince of Darkness’ has not performed for several years due to ill health.

“I love you, Birmingham – it’s good to be back!” he shouted as he rose through the stage to round off the show with classic hit Paranoid.

The Earl of Wessex, Prince Edward, officially declared the Games closed after the flag handover to Victoria, the Australian state that will host the 2026 edition.

“Thanks to the manner, style and enthusiasm with which you have competed, officiated, supported organised and volunteered, you have once again brought the spirit and values of the Commonwealth Games to…