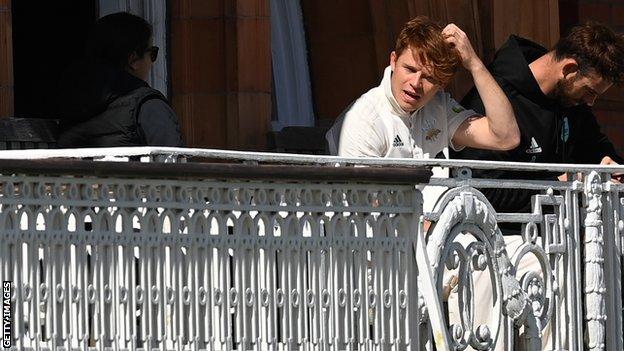 Middlesex’s seamers starred as Surrey collapsed on the opening day of their County Championship derby.

Surrey stumbled to 154 all out after being asked to bat under sunny skies at Lord’s, with Tim Murtagh claiming 4-28.

Left-armer Reece Topley took three wickets to leave Middlesex 16-3, before Sam Robson and Robbie White steered them to 114-3 at stumps, 40 behind.

Robson (46 not out) and White’s (52 not out) unbroken stand of 98 could have a big say in the outcome of the match if it does end up being a low-scoring contest.