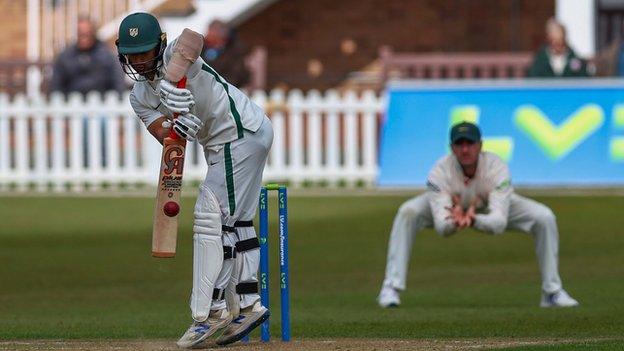 An unbeaten century by Brett D’Oliveira in his first match as club captain put Worcestershire in a strong position after two days of their opening County Championship match against Leicestershire.

The 30-year-old all-rounder, handed the job after Joe Leach stepped down at the end of last season, compiled a fine, measured innings to finish on 118 not out as the visitors to the Uptonsteel County Ground posted a first-innings total of 348.

At the close, Leicestershire were 42-3 in reply, having been 6-3 after Leach and Charlie Morris took early wickets with the new ball.