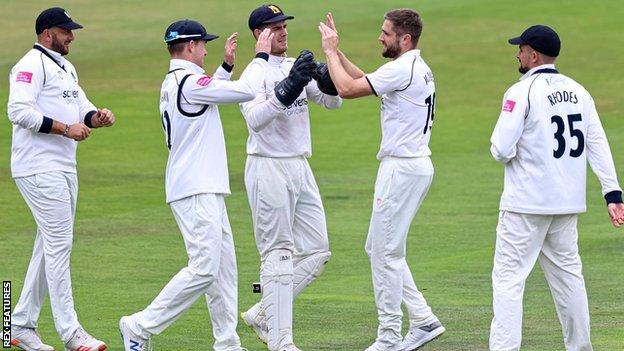 England all-rounder Chris Woakes took 3-40 on his first County Championship start in three years as Warwickshire fought back well on another day of falling wickets against Yorkshire.

After being put in, despite Michael Burgess’s 66, the Bears were bowled out for 155, pacemen Steve Patterson and Ben Coad each taking four wickets.

But the Tykes then tumbled to 95-8 by the close, saved only by Gary Ballance.

The England batsman was unbeaten on 51 when play was cut short by bad light.

As well as Woakes’ success, capped by the removal of England team-mate Dawid Malan, caught cutting to…