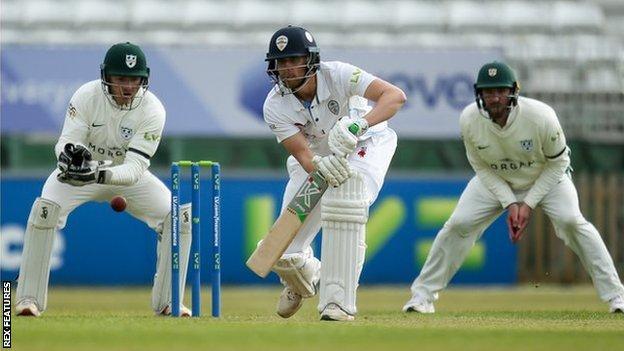 Derbyshire celebrated the return of cricket to the County Ground for the first time in 575 days as they piled up the runs against Worcestershire.

Matt Critchley (107) and Harvey Hosein (65 not out) then also shared a century stand of 112 for the fifth wicket.

But Critchley’s departure triggered the late loss of four Derbyshire wickets as the hosts were hauled back to 360-8.

That matched the earlier efforts of captain Joe Leach, who took the first two…