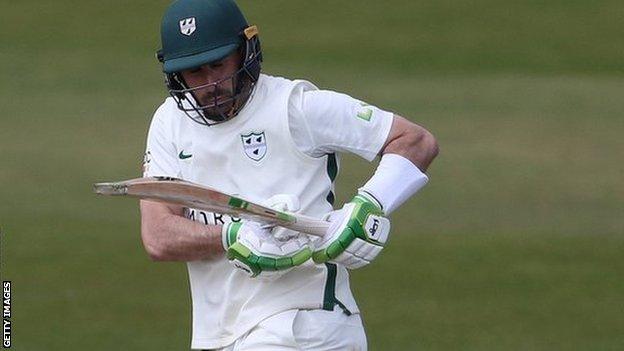 Worcestershire opener Daryl Mitchell made an excellent summer’s best 83 not out at New Road as the Pears began a tidy reply to County Championship title-chasing Warwickshire’s 395.

But New Zealand Test spinner Ish Sodhi ran through the tail to take 6-89 on his Worcestershire first-class debut as the Bears were bowled out for 395.

Worcestershire the responded well on 152-2 thanks largely to Mitchell.

He shared an unbroken third-wicket 79-run stand with Jack Haynes, who hit 42 not out in his first game back after several…