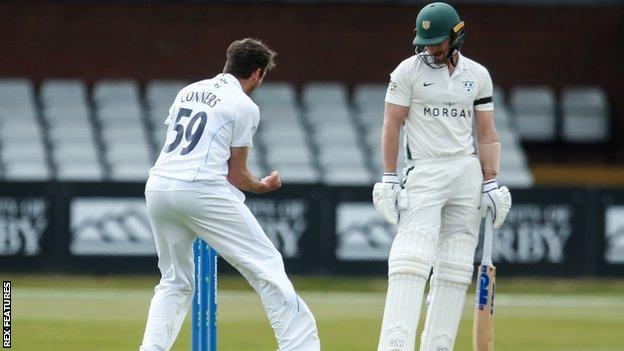 Derbyshire had the better of it for the second day running as they came close to making Worcestershire follow on.

After resuming on 360-8, Derbyshire fell shy of a fifth batting bonus point when they were bowled out for 390.

The Pears had got a third bowling point when Ed Barnard removed Ben Aitchison off the third ball of the 110th over.

But they then made hard work of it with the bat, reaching the follow-on target just before closing on 243-7, after fifties for Tom Fell and Riki Wessels.

Fell top scored with 69, before Notts old boy Wessels weighed in with 60.