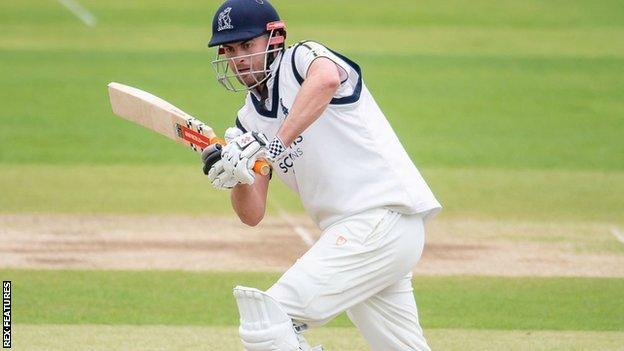 Dom Sibley posted his second County Championship century of the campaign as Warwickshire frustrated Northamptonshire’s hopes of pushing for victory at Wantage Road.

Sibley’s patient knock of 102 was backed up by a belligerent 77 from 80 balls by Michael Burgess, ensuring the visitors passed the follow-on target to close on 396-8, just 55 behind.

However, it looks unlikely either of the sides – who have registered just one Championship win between them…