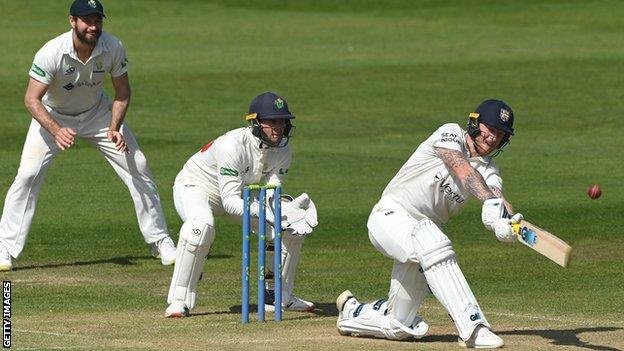 Glamorgan go into the final day against Durham at the Riverside on 65 for three, chasing a modest target of 191 for victory.

The Welsh county lost key man Marnus Labuschagne to Ben Raine for 31 in the last over of the day.

Durham were bowled out in their second innings for 244 despite 90 from Scott Borthwick and 61 from Alex Lees.

Australia star Labuschagne took 3-35, including the wicket of England captain Ben Stokes, who was stumped for 26.

Durham could not take full advantage of a Glamorgan attack which was without Timm van der Gugten (hamstring) and captain David Lloyd, who is suffering…