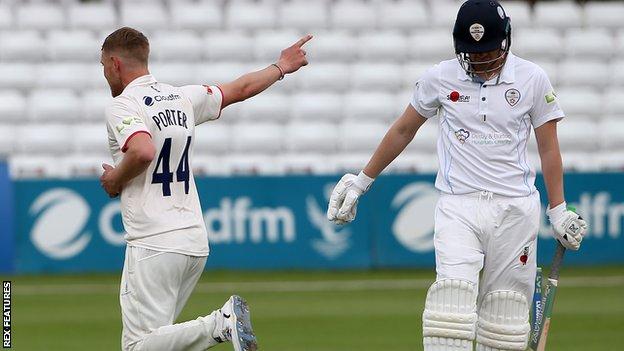 County champions Essex bounced back from two defeats in three games with an innings victory over Derbyshire.

Despite the first day being abandoned, Essex still had time to win by an innings and 15 runs after dismissing Derbyshire for a second-innings 251.

Jamie Porter and Sam Cook both took three wickets while Simon Harmer claimed three more to go with his haul of 9-80 in the visitors’ first innings.

Brooke Guest made 65 as he top-scored in both innings for Derbyshire.

Having lost to Warwickshire by seven wickets and Nottinghamshire by an innings and 30 runs, Essex’s title defence looked to be stalling after…