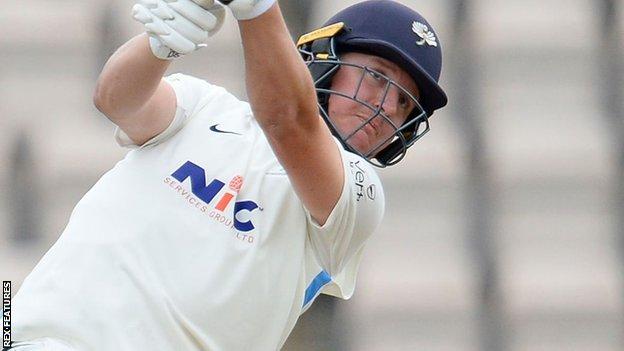 Ballance was on 101 off 86 balls when Yorkshire declared their second innings on 312-6, setting the hosts 393 to win.

After resuming on 34-1, Yorkshire’s batsmen dominated against a depleted attack with George Hill (55) and Tom Kohler-Cadmore (89) also finding form.

Hampshire closed on 26-2 with Ian Holland and Tom Alsop both out.

Yorkshire began day three with a lead of 114, but Hampshire’s chances of keeping their second-innings target down to something manageable were severely dented by the loss of…