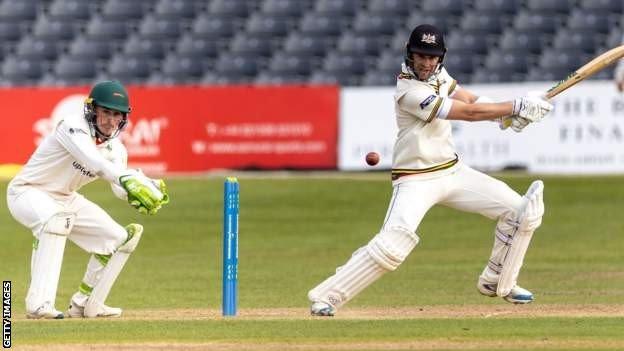 Ian Cockbain and Tom Lace shared a 224-run stand as Gloucestershire chased down 348 to beat Leicestershire by four wickets on an enthralling final day.

Leicestershire declared on 201-9 after losing six wickets for 45 runs as they tried to quicken the pace of the game.

Ben Mike struck twice to help reduce Gloucestershire to 52-3 in their chase.

Cockbain (117) and Lace (97) rebuilt and then upped the pace to get close to a victory which they achieved to go top of Group Two despite a late wobble.

Lace was caught in the deep three short of his century, the first of three wickets for spinner Callum Parkinson, to cause some late alarm for…