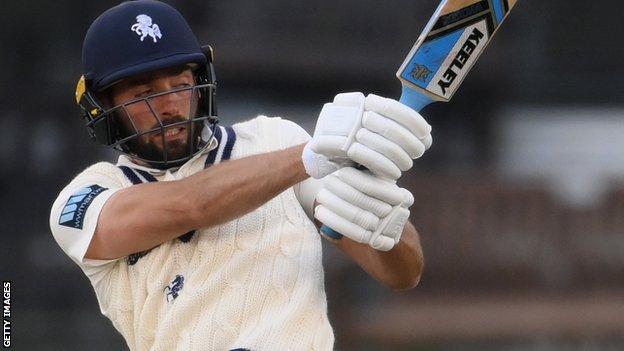 Jack Leaning steered Kent to a draw against Sussex with an unbeaten 127 on another rain-affected day at Hove.

No play was possible before lunch on the final day after two sessions were also lost to the weather on Saturday.

But Leaning still found time to compile his sixth first-class century and shared a fourth-wicket partnership with 182 with Ollie Robinson (85).

Kent moved on from 220-3 overnight to 387-4 before both sides settled for the draw before the scheduled close.

The result will suit neither side who are in the bottom half of Group Three, with Kent still winless after six matches.